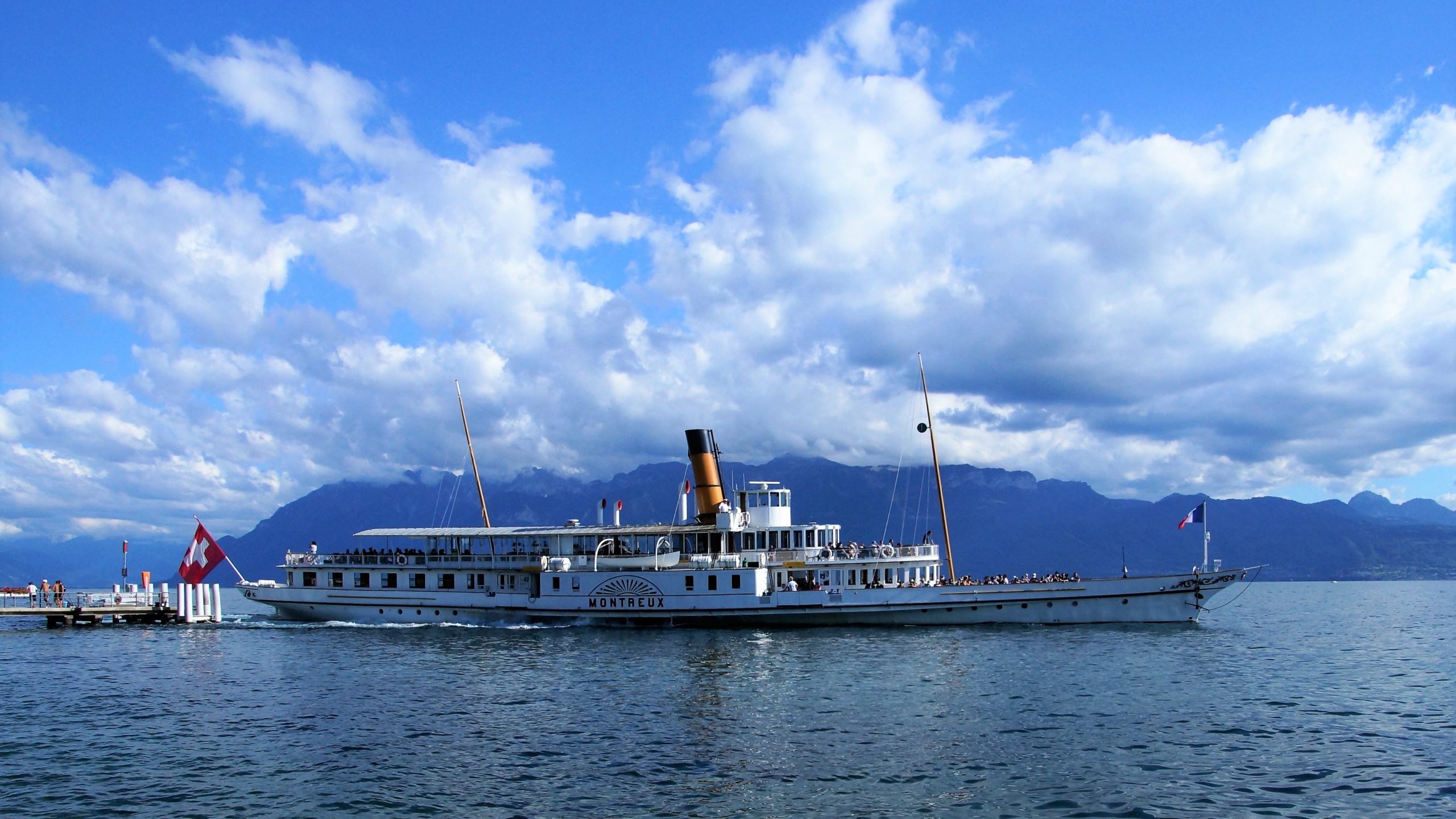 Modern steam engine (2001), remote-controlled by the captain and without the intervention of an engineer - a world-first!

Built by Sulzer Brothers in Winterthur in 1904, the Montreux is the oldest boat in the CGN Belle Epoque fleet, despite being fitted with the most modern of all the steam engines. This engine is remote controlled from the bridge by the captain without any intervention by the engineer – a world’s first!

1959-1961: the transformation into a diesel-electric unit made the boat unrecognisable

The boat has had an eventful past: after fifty years of loyal service, in particular on the upper lake, this medium-sized steamer underwent major transformation and renovation work between 1959 and 1961. This involved the installation of a diesel-electric propulsion unit and a complete metamorphosis of its outline, the square wheelhouse and shortened funnel making it almost unrecognisable.

1998-2001: the Montreux benefitted from extensive renovation with the return of steam power!

In 1998, to celebrate its 125th anniversary, the CGN began an ambitious “return to steam” project for the four historic oats which, over the years, had seen their original steam engines replaced by a diesel-electric unit, namely the Vevey, the Italie, the Montreux and the Helvétie.

The Montreux was chosen to be the first boat to benefit from this project, accompanied by a major refurbishment of all its interior fixtures and a renovation of both the hull and the superstructures.  To date, it is the only boat to have returned to steam power. 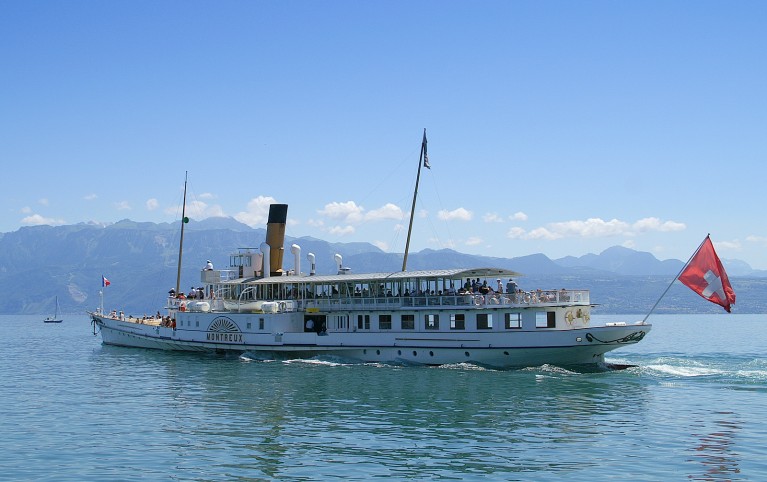 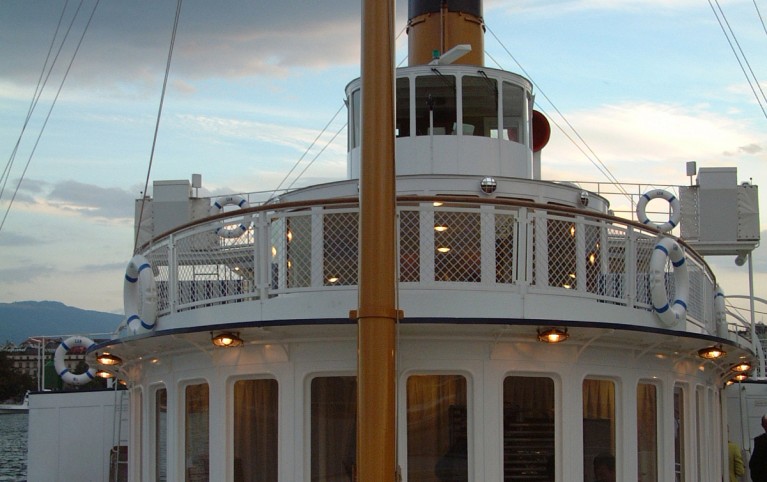 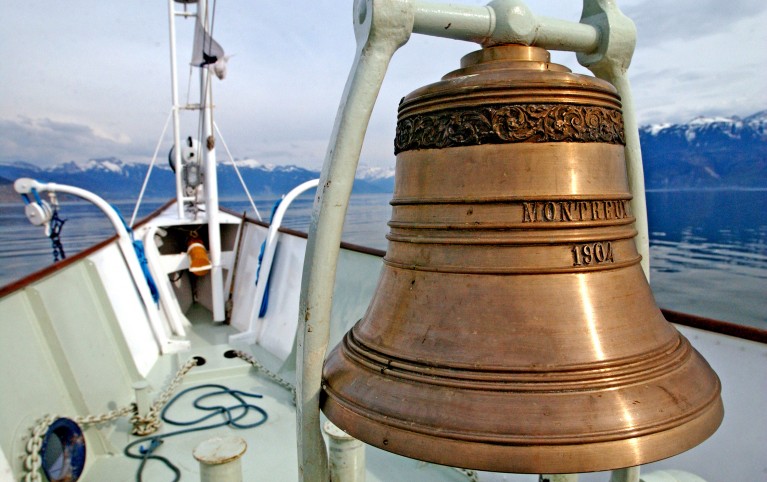 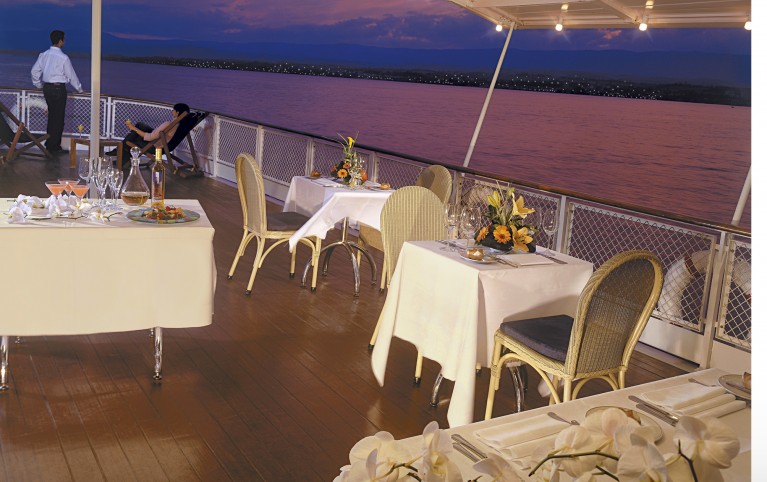 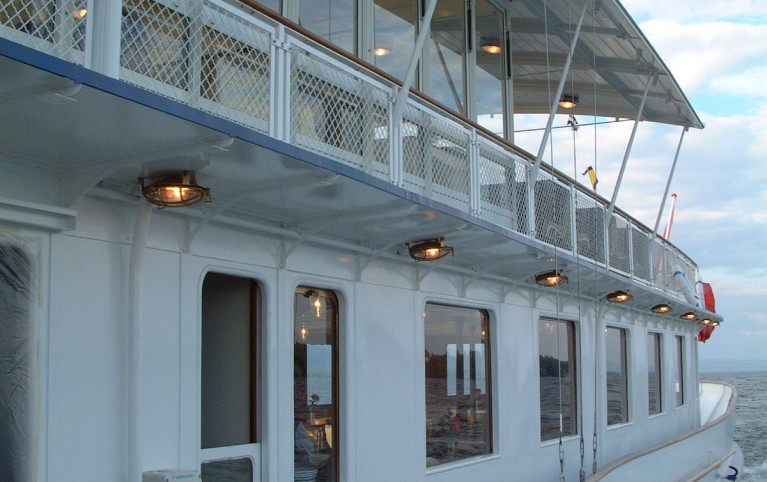 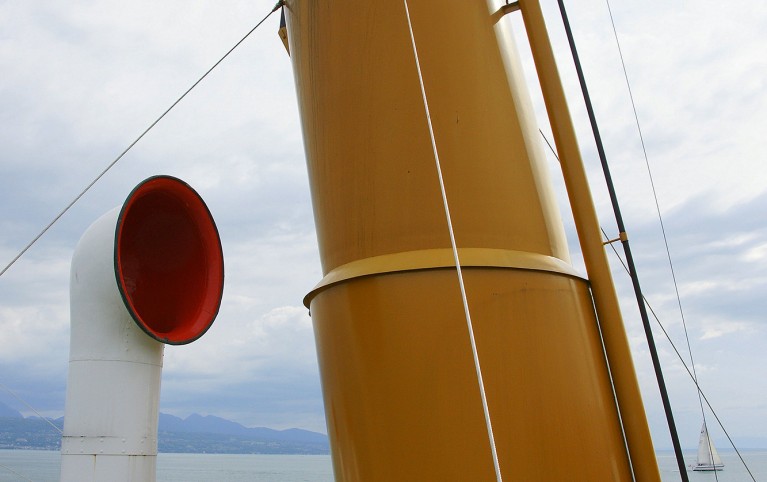 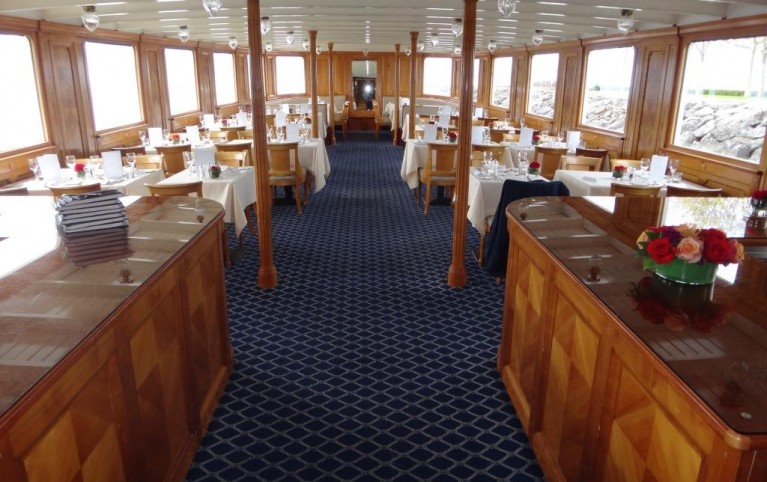 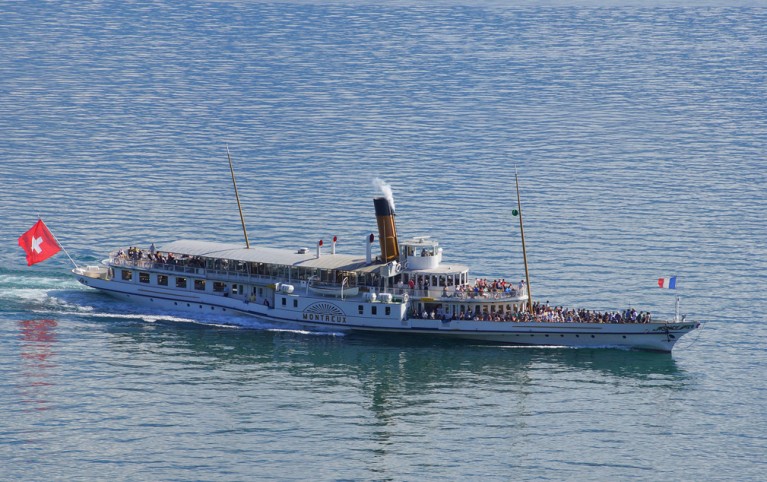 The Montreux was the first boat in the Belle Epoque fleet to benefit from a general renovation, returning it to its elegant former glory after a number of less than successful alterations. It is the only boat to have enjoyed a return to steam power. Between 1959 and 1961, its original steam engine had been replaced by a diesel-electric propulsion unit. It can now be controlled directly by remote control from the bridge, a world’s first requiring one less crew member aboard. 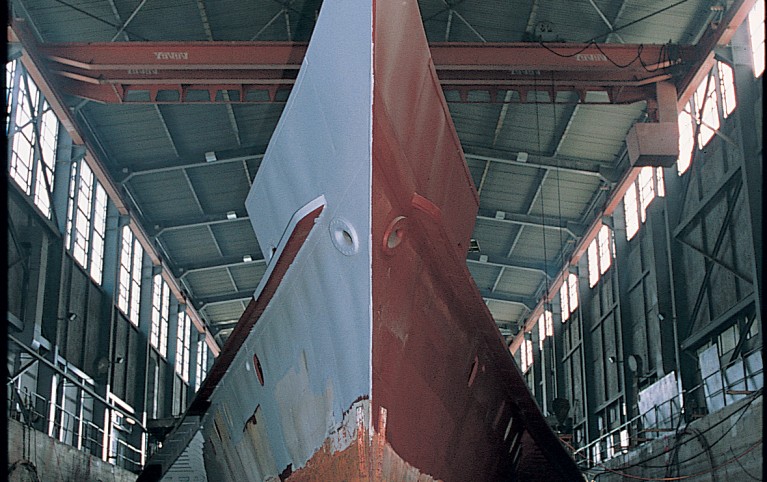 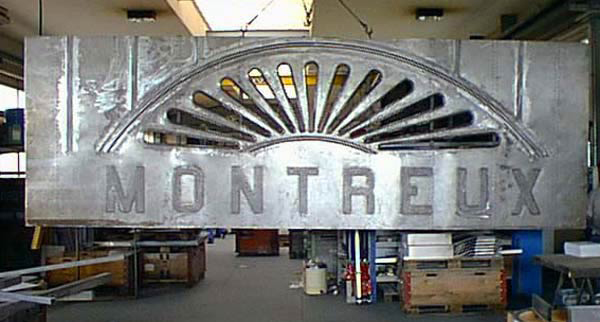 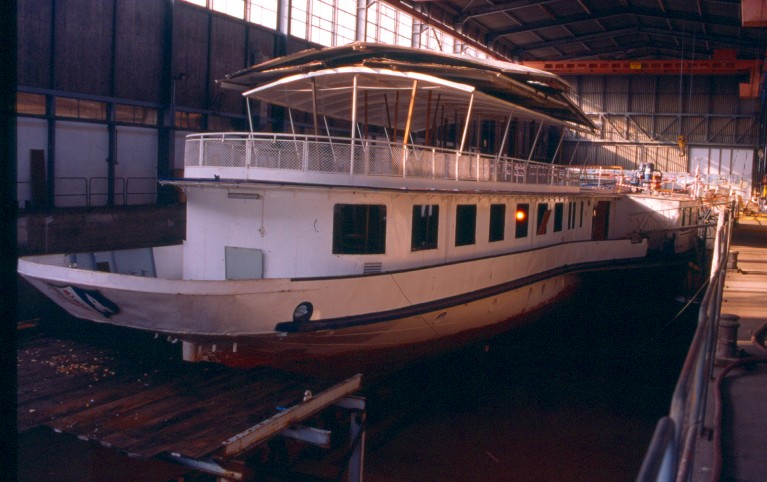 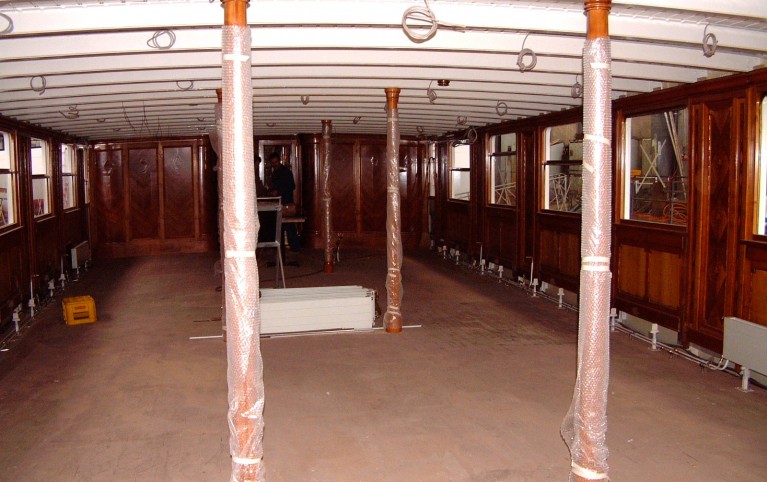 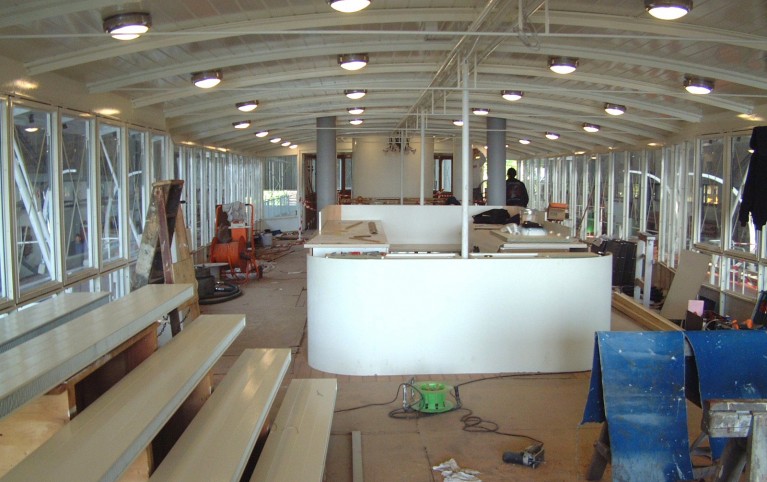 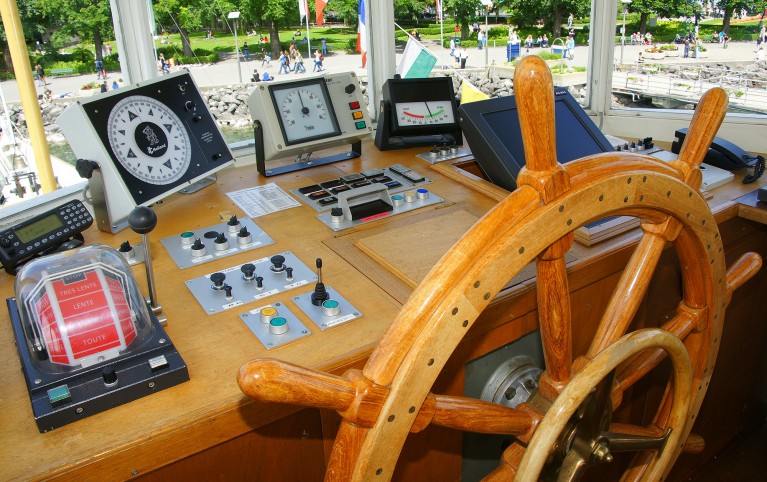 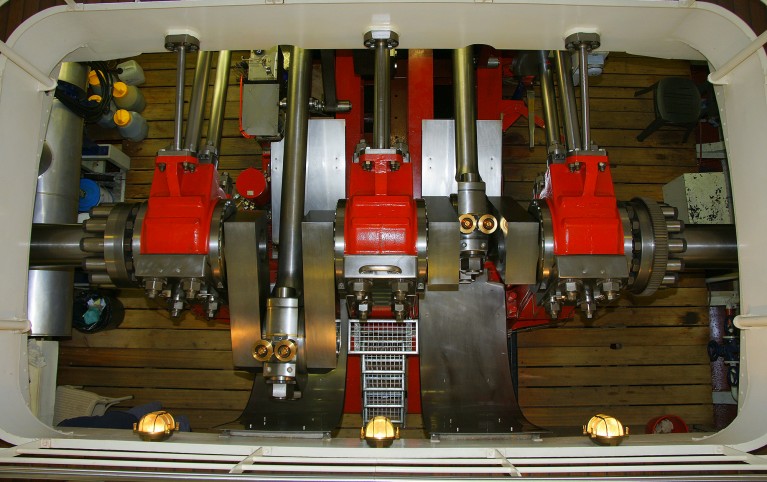