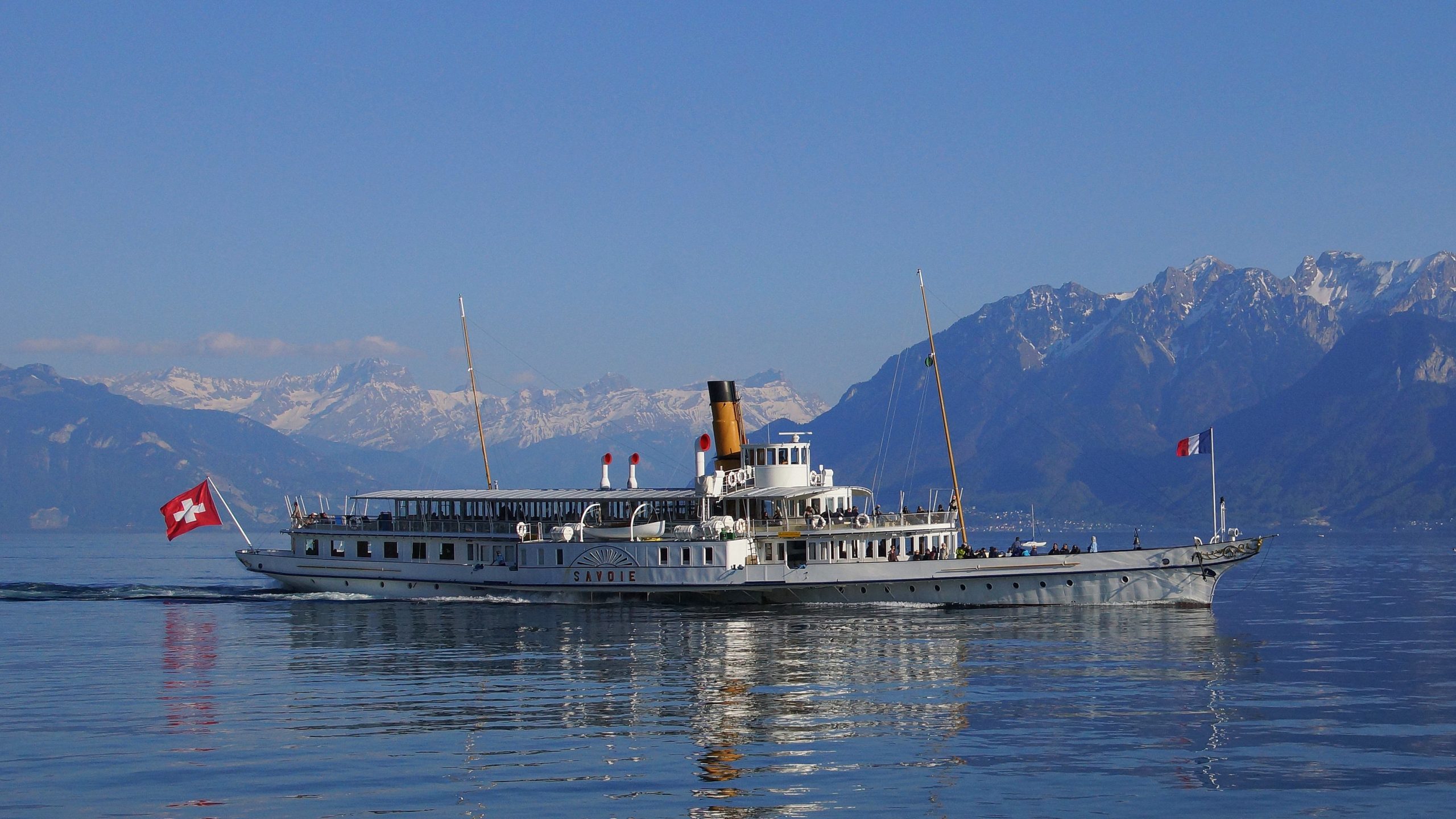 The history of this steamer is interesting, as it has marked a key stage in the development of the CGN Belle Epoque boats on three separate occasions.

In 1912, for the second time in the company’s history, the shareholders decided to place a simultaneous order with Sulzer Brothers in Winterthur for two saloon steamers designed to carry 1,100 passengers and which were to be named the Valais and the Savoie. In doing so, they followed the example of the earlier twins, the Montreux and the Général-Dufour brought into service in 1904 and 1905, as well as the other “pair”, consisting of the Vevey and the Italie, launched in 1907 and 1908.

After the launch of the “flagship” La Suisse in 1910, the Valais and the Savoie were intended to expand the booming tourist service around Lake Geneva.

They were two of a magnificent series of nine saloon steamers with two decks commissioned in less than sixteen years, beginning with the launch of the Lausanne in 1900.

Laid up in 1963 due to its boilers reaching the end of their service life, the Savoie once again marked history of the company by putting an end to the decline of steam-powered boats, much to the relief of steam aficionados.  In 1966, the CGN decided not to “motorise” or to lay up the boat, as it had just done with the Valais and the Général-Dufour. The Savoie would be fitted with two new boilers and keep its original engine. As the first extensive renovation of a steamer without changing the propulsion system, this marked a turning point for the CGN.

In 2003, the governments of the three adjacent cantons decided to fund another general overhaul of the boat. Why choose the Savoie? The successful operation of the Montreux from the Lausanne, combining delicious food with all the charm of a cruise on a refurbished paddle steamer suggested that a similar concept would prove attractive leaving from Geneva.

The work began in October 2004 and the boat came back into service in May 2006, cutting a figure very similar to that of 1914, but with equipment more akin to that of a modern vessel.

Today, the boat can carry up to 690 passengers in very comfortable conditions, including 100 seats in the restaurant. Operating a regular service, it is used almost exclusively in the lower lake (i.e. between Geneva, Nyon and Yvoire), serving up a gourmet cruise both at lunch and in the evening during the warmer weather, with delicious fare prepared by Philippe Chevrier’s chefs. 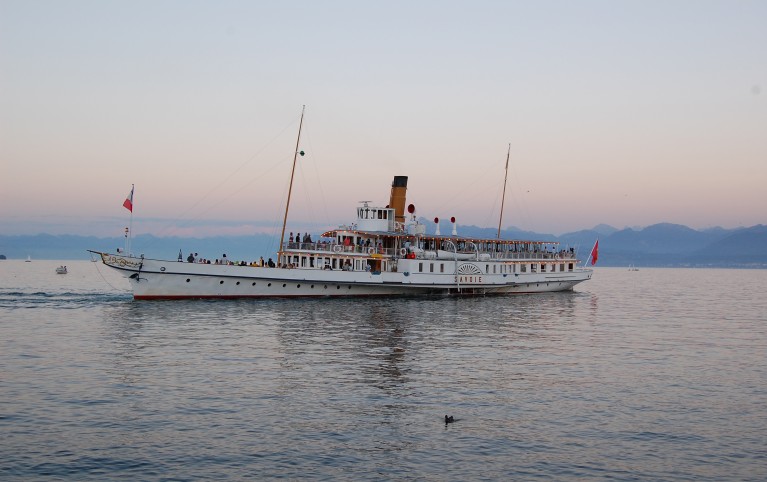 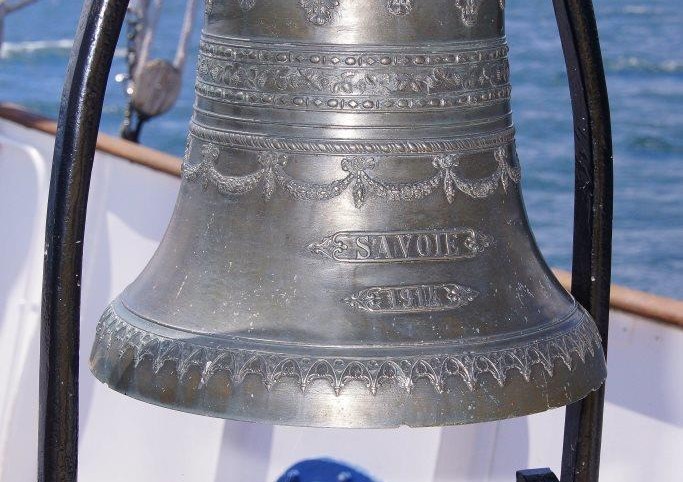 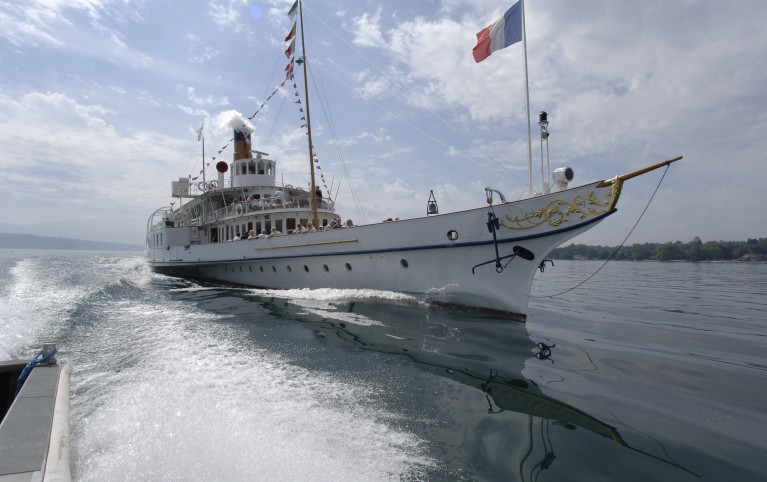 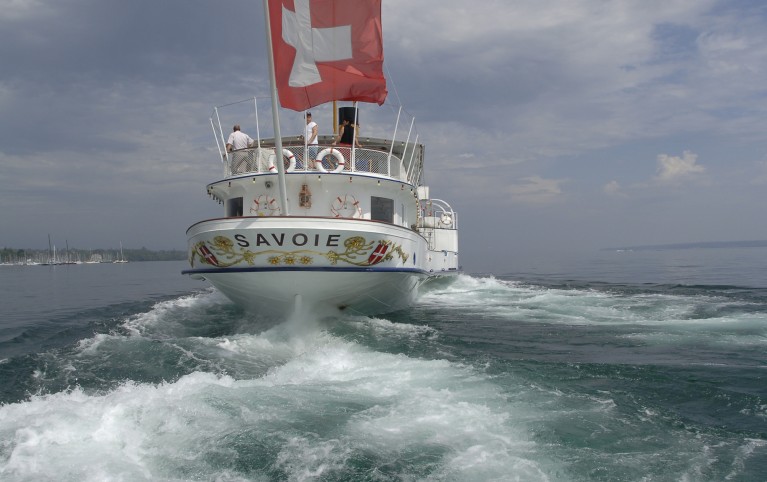 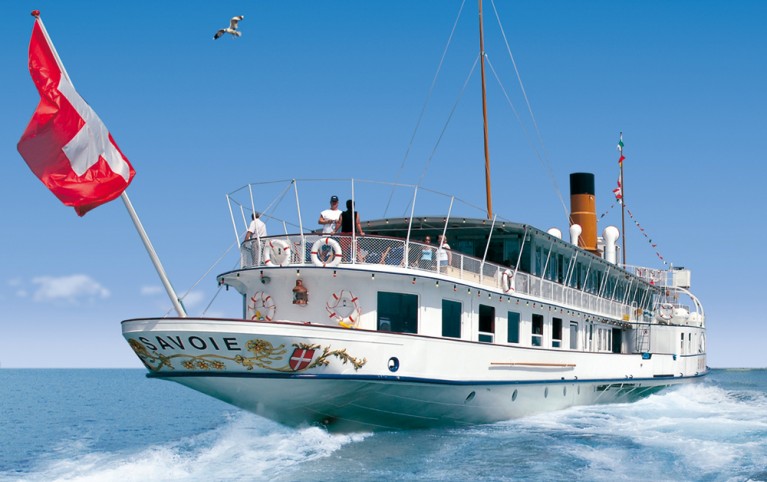 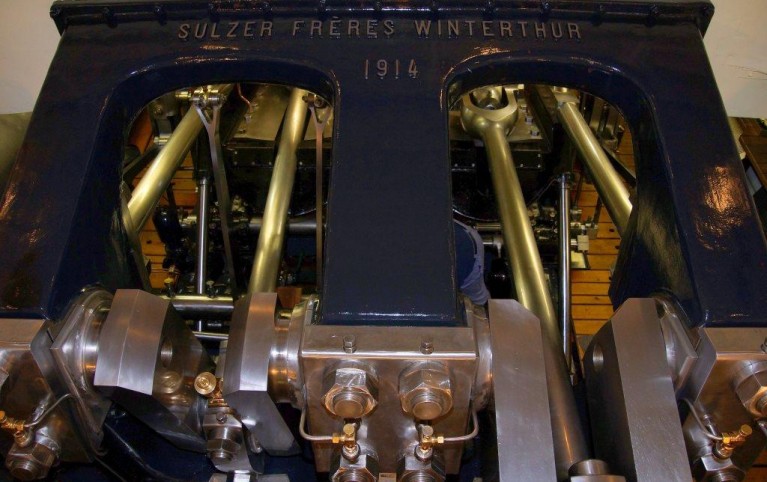 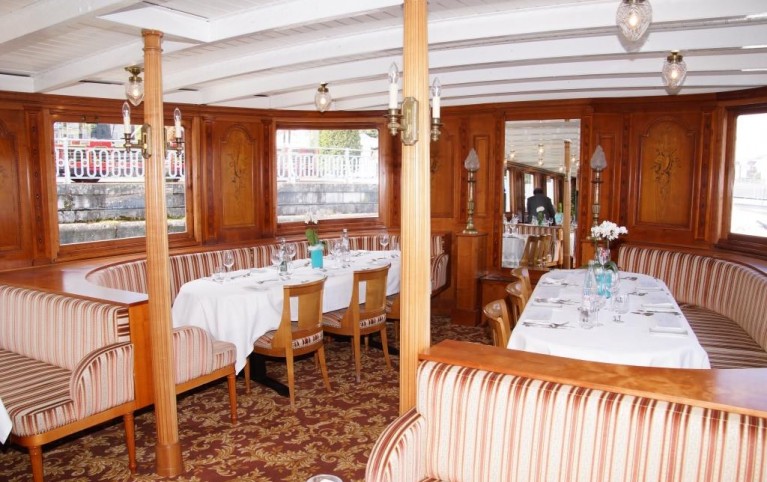 From 1966 to 1967, the Savoie enjoyed its first renovation. It was fitted with two new boilers with a water softener. Furthermore, coal was replaced by heating oil.

From 2004 to 2006, the boat was given a complete overhaul after 18 months of refurbishment. Only 50% of the structure together with the original steam engine were retained. The rest of the vessel was entirely reconstructed! The work allowed the original heritage appearance to be restored, in particular with the historic 1st class saloon being returned to its initial layout. The central element of this renovation was without a doubt the replacement of the two boilers, dating back to 1967, by one single boiler. This modern boiler made the Savoie the most economical steamer in the fleet in terms of fuel consumption.

A pioneer in many spheres, the Savoie became the first historic boat in Switzerland to be fitted with a bow thruster. Since then, this piece of equipment has been installed during every renovation operation. It facilitates manoeuvres. 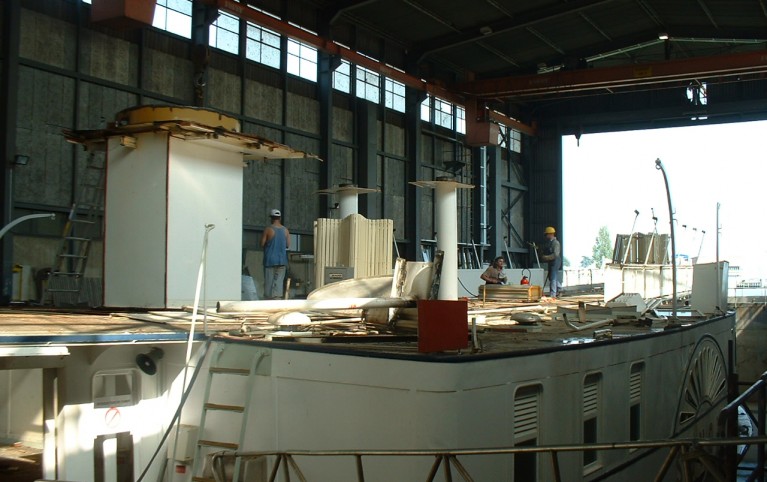 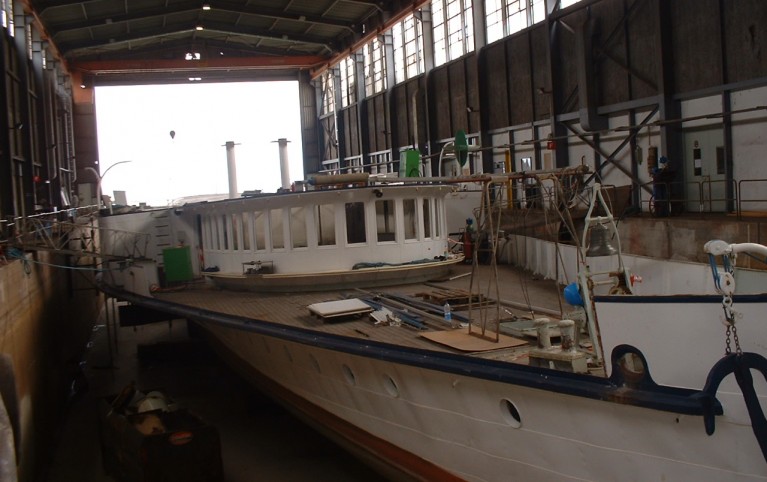 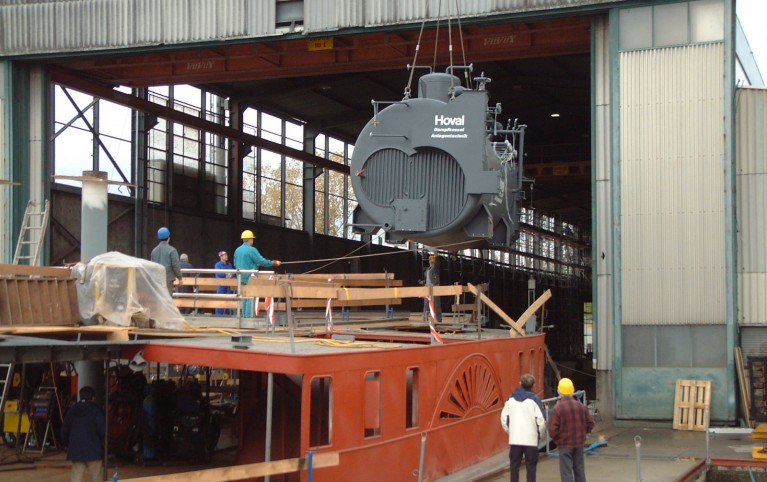 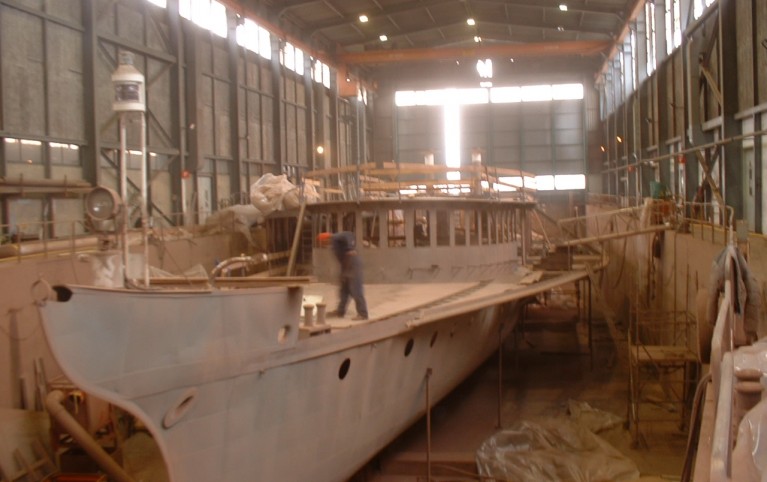 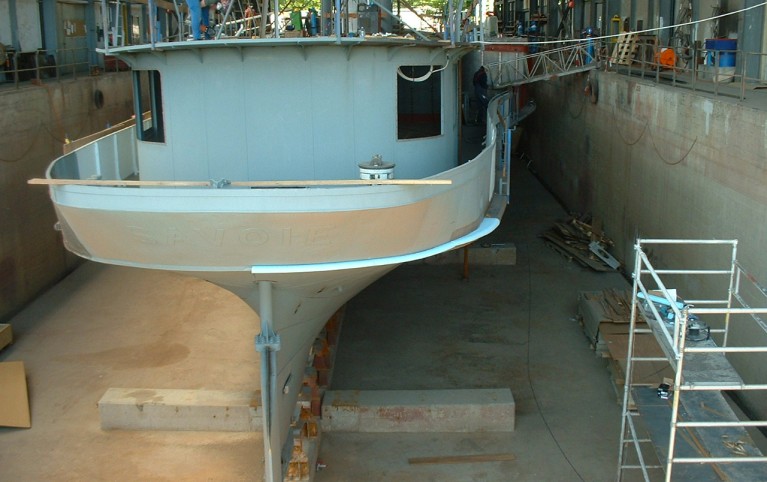 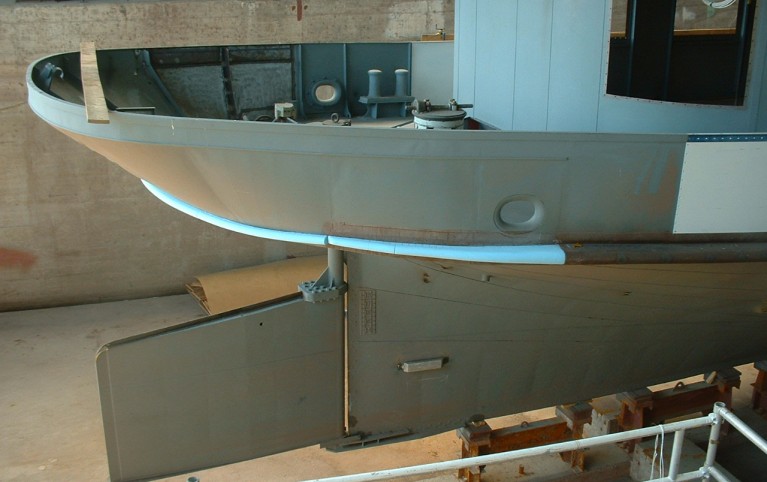 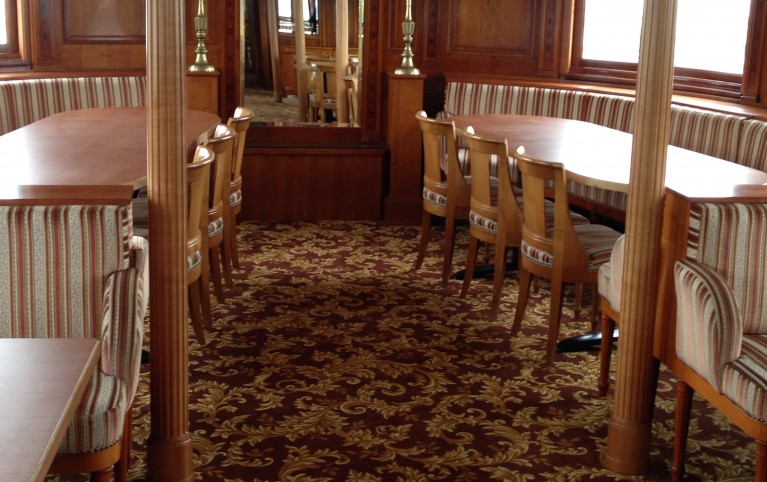